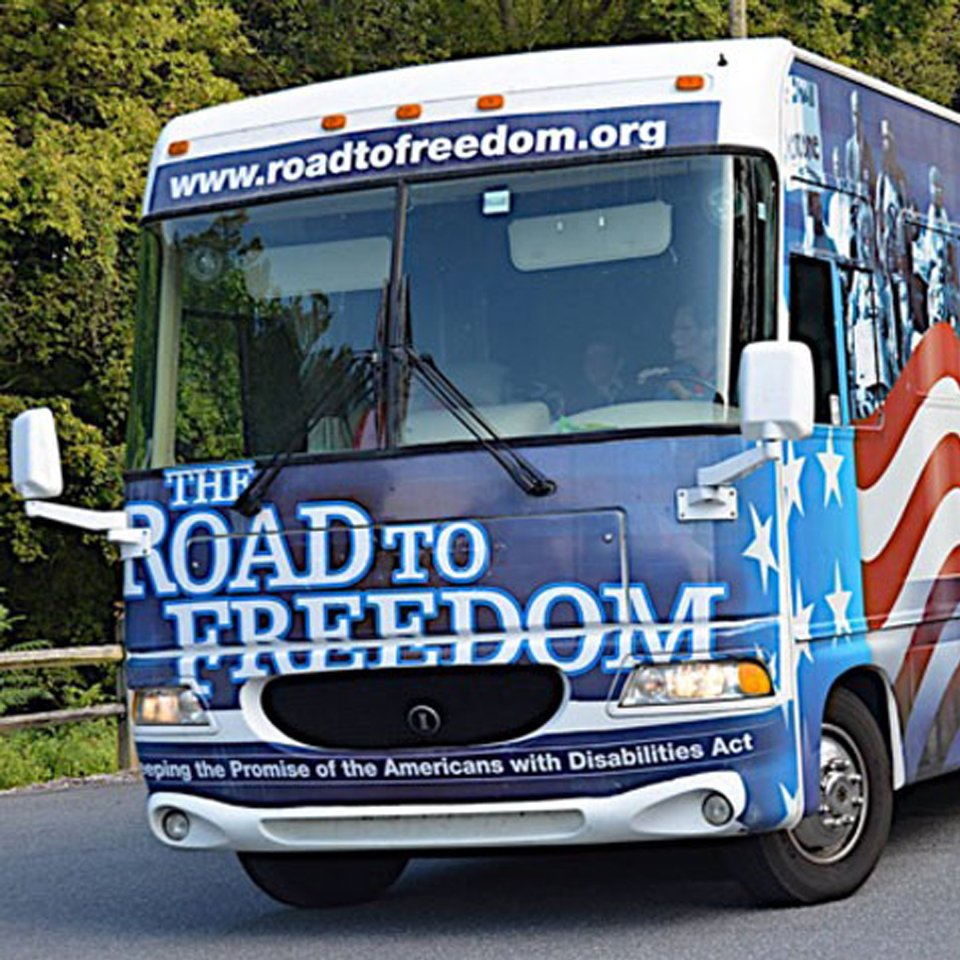 Last year, the ADA Legacy Tour and the colorful Road to Freedom ADA Bus, piloted by legendary photographer Tom Olin, visited nine cities across the United States between July 26 and December 2014.   In 2015, an even more ambitious ADA Legacy Tour will travel to 39 cities and culminate in Washington, DC on July 26, 2015 as part of the celebrations of the 25th Anniversary of the Americans with Disabilities Act (ADA).  Join Mark Johnson, Director of Advocacy for the Shepherd Center and Chair of the ADA Legacy Project, as he talks with Pamela Williamson, Director of the Southeast ADA Center, about how you can share your ADA story and help preserve the history of the disability rights movement; celebrate its milestones; and educate the public and future generations of advocates.